Therefore the Love which us doth bind,

But Fate so enviously debars,

Is the Conjunction of the Mind

And Opposition of the Stars

– “The Definition of Love,” by Andrew Marvell

The telephone interrupted Catherine and the doctor discussing the twin disasters of her afternoon meeting with the agents, Joe and Moreno, and the evening visit to Elliott’s office. Peter hurried to answer before the baby woke as she watched and worried over Jacob in his bassinet. Blanket kicked off, lips pursed, arm thrown above his head—the infant, exhausted from their excursion, slept on, despite the noise. 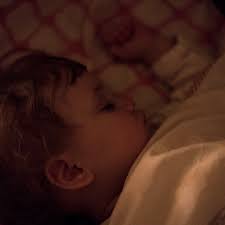 This late, a call could only be bad news.

The crumpled guest bed, the one she slumped on, remained made and unslept in. Without her husband, eyes peered from the shadows, worries swirled, potential nightmares became certainties.

“Hello?” A beat of listening, then a reply. “Yes, Agent Morrissey,” he said with a sigh. “I remember.”

Catherine drew out Kipper’s heart stone from her pocket and thumbed the edges while she wondered about the errand she’d sent Jamie on.

“Cathy?” Peter called from his bedroom. “Agent Morrissey would like to speak with you.”

She pushed off the mattress and padded across the hall. Worn hands handed her the receiver as she sat on Peter’s bedspread in the dark room. Holding the phone to her ear with one hand, she tumbled the rock with the other—the heart’s curve and indent, the rounded apex leading to the flaked edge and precise point.

“Ms. Chandler?” the man on the other end questioned when she didn’t say hello.

Surrounded by the hush of night, the house holding them—the resting baby, the eavesdropping doctor, her exhausted self—all shielded and insulated from the world, until the agent broke the quiet again.

“I’m here,” Catherine responded, not wanting to be.

“I got the description from Mr. Manning,” Morrissey stated. “It was the hitman?”

“Yes,” she replied, turning the rock in her hand.

At least Manning did his job. Hopefully, Jamie does hers.

Catherine stood, glancing back to where her little boy slept.

Please, she begged all the universe, keep the Tunnels secure. Keep my family safe.

Give them a chance.

“I need to ask, Cathy, how do you have a description of the suspect?”

“He fired at me, near Joe Maxwell’s apartment. If you don’t believe me, talk to him.”

The voice over the phone exclaimed, “My God, Cathy, are you all right?”

“Why didn’t you contact us?” the agent had the gall to ask. “Did you file a police report?”

“No, Agent Morrissey,” she said. “I left that to D.A. Maxwell. I didn’t stick around to be shot at again.”

Vincent, don’t come here, she pleaded in her mind, already knowing it was too late.

Below the building, her love waited—for her, for the assassin, for the agents—alert to so many dangers and vulnerable to all. His proximity battered, both relief and torment. Not a hundred steps away, it felt like a million.

“Cathy, this guy doesn’t miss often. Please, come in or I can send a car to get you. I’ll make sure—”

“No,” she interrupted. “After everything you and your senior agent did and didn’t do, you know I can’t.”

A pause on the other end.

You’re sorry? she scoffed silently. And what are you sorry for? Letting your partner bully me and locking me in an interrogation room or springing Moreno on me? All of the above? Or was it leaving me to rot in the building of a madman?

“I told you to make your case without me, Agent Morrissey.”

“Yes, you did,” he said, weariness mirroring her own creeping into his voice.

“So, why are you calling?” Her attention wandered to the reflections from passing headlights traveling the ceiling as she waited for his answer.

“Cathy,” Morrissey began, “what Dunn did—what I did—was totally uncalled for. I want to try again. You’ve been so brave, and you need to protect your baby. I get that. I know you have secrets. If you’re embarrassed, I can try—”

Tethered to the phone cord, she started pacing the length of the bed.

“I swear to you, I’m telling you all that I’m able. I didn’t know about the assassin until you showed me the crime scene photos yesterday.”[ii]

And Gabriel’s ghost confirmed what those pictures broadcast.

“I think,” she ventured, “the hitman is killing everyone involved with Gabriel Sol.”

Another length before he spoke.

And then he pressed further.

“Is that what frightens you? Or is the reason you’re … keeping quiet … have to do with the father of your child?”

She halted at the front window, Joe’s strategy blowing up in her face, as she knew it would.

Take the case to them. What a joke.

But it wasn’t truly Joe’s fault.

Refuse to talk to the Feds, they dig deeper. Say anything, they have you.

There are no right answers.

“Agent Morrissey, I want to help you, but…”

Was she handing him an explanation or rationalization? Both? Would he even listen?

Did it even matter?

So, she asked one last thing.

She stared out of the shutter slats to the street. In his rush to answer the phone, Peter hadn’t turned on a light, so the few people still out were blind to those within.

“Yes…yes, I can understand that,” the man on the other end claimed, and he sounded sincere. Either he grasped what she was saying, or he was a good liar.

John Moreno had been a good liar.

She turned back to the room—all shadows in blues and greens in the glow of the streetlamps, a painting of a Colonial soldier over his bed, a clean table and desk, a book by the bedside—an orderly bedroom, a man’s room. The yearning for the stability it represented spiked so hot in her heart, Vincent must have felt it like an accusation. She breathed, struggling to shut off her feelings as Morrissey spoke again.

“Cathy … Ms. Chandler, I want to put Moreno away. That’s it. He deserves to face those he betrayed, including you.”

But there are things I won’t tell you or anyone.

Her husband, beneath the house, his presence so close—she imagined his long patrolling stride, back and forth between the Tunnels proper and Peter’s basement, getting nowhere. He wasn’t healed from her kidnapping and rescue … or, she now realized, from the dozen times he saved her before.

“The men that questioned you … I can smell them on your clothes. I could find them…”[iii]

Vincent continued to heed her emotional pleas, but for how long? If the agents ever tried to pull what they did today… If they held her, or, God forbid, placed her under arrest, would daylight, or concrete, or armed guards stop him from coming for her?

“I can barely allow you out of my sight … I almost lost the balance… There are times … the madness is so close.”

Vincent, Jacob, the children, Father, all the Tunnels, in danger, because of her.

Shame, a gaping wound made of stupid beliefs and good intentions, hollowed out her heart and took her voice.

Because of everyone she swore to protect, she would say nothing more to this man.

“I hope you’ll trust me someday,” Morrissey answered her silence. “I’m trying to help … I …” He trailed off.

And what help can you offer now, Marc?

As if responding to her unspoken question, “I called to warn you to leave Dr. Alcott’s. Dunn sent reporters to the house.”

As the words traveled the line, she peered down to the front steps. A man with a camera strapped around his neck stopped at the stairs, guarding the exit, while two others met him with a furtive exchange. After their conference, one in rolled shirtsleeves climbed to the door and began pounding.

She wanted to scream, but it would do no good.

[i] From Home: Chapter 22  – The note told Vincent she would be asking Elliot for help and to not follow her.