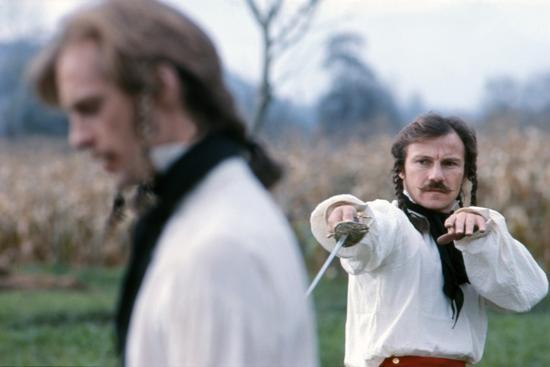 A good Veteran’s Day to those who served and their families.

As a person married to a solider, I have watched my fair share of movies and T.V. shows about the service. We have our favorites: Band of Brothers for its portrayal of a generation whose like we will never see again, Battlestar Galactica (2004)  for getting the “feel” of the service bang on, A Bridge Too Far for its star-studded chronicling of a noble failure, Inglorious Bastards for its brutal and wishful history, the first half of Stripes and The Razor’s Edge, but one of our very favorites is The Duelists.

The 1977 directorial debut of Ridley Scott, with cinematography by Frank Tidy, and editing by Pamela Power, is simply a gorgeous film. The lighting and atmosphere are painterly, the swordplay and costuming are stunning and accurate, the acting superb. It’s the story of a solider forced to fight a battle he didn’t sign up for. It perfectly captures the absurdity of honor as a weapon versus honor as an intrinsic virtue.

If you are searching for something to watch this Veteran’s Day, I highly recommend it. I would also love to hear any of your recommendations in the comments

I think Catherine and Peter know a little about the struggles we didn’t sign up for. So now, without further ado, Home: Chapter 28